Mario has been around for decades, and his game franchise is still going strong. There are so many different characters that it can be overwhelming to pick who’s the best waifu out of them all! Here we rank our top 5 favorite Mario games with their respective waifus. 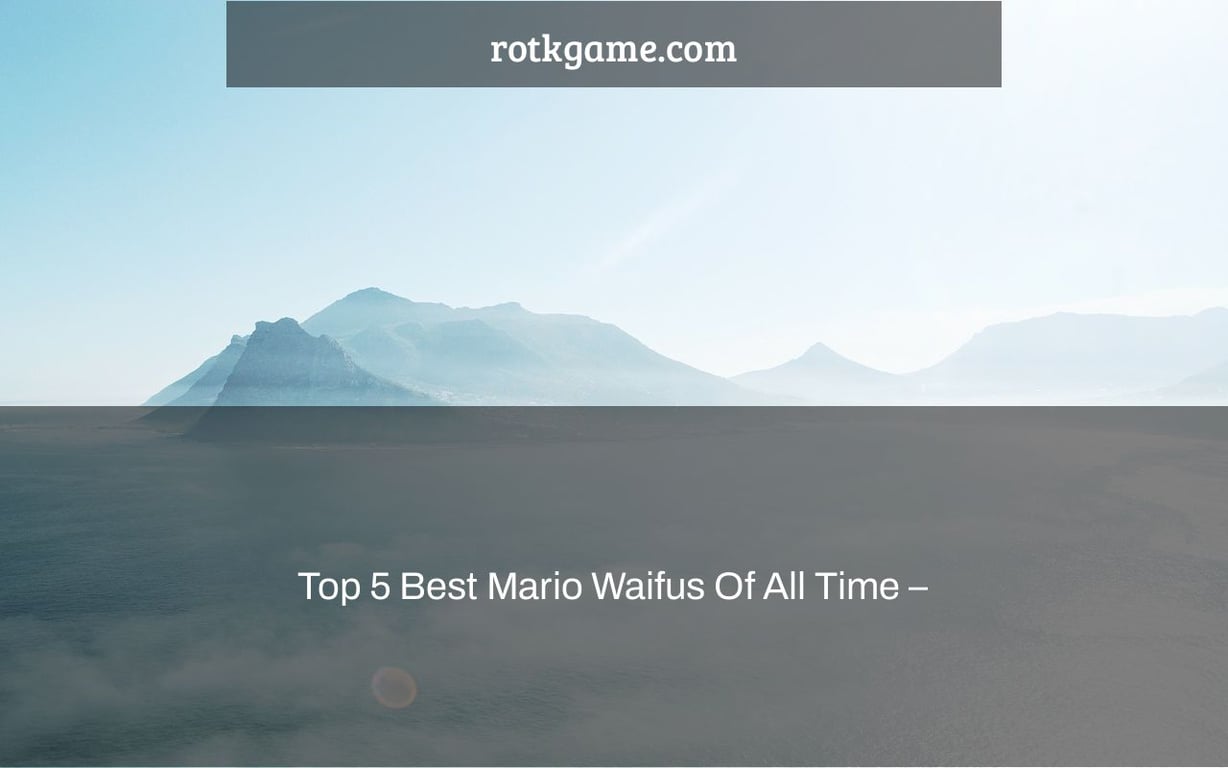 Most of us wouldn’t think of looking for a waifu in the Super Mario series.

We all have our favorites after so many years of playing sports and party activities with these characters.

Super Mario characters don’t have blatantly seductive aesthetics, unlike waifu-centric games like Genshin Impact and Fate/Grand Order, but loving a waifu goes much beyond that.

Waifus are the perfect spouse — a dreamy companion who epitomizes the joys of life.

In this aspect, the Mario girls shine brightly.

The Marioverse has it all: princesses, sports champions, business ladies, and eternal space gods.

Let’s look at some of the Mushroom Kingdom’s most beautiful girls.

Princess Daisy is the regent of Sarasaland, a faraway realm from the Super Mario Land game for the GameBoy.

Daisy became a recurrent character in Mario Party, Mario Tennis, and Mario Golf when Mario freed her realm from the evil alien Tatanga.

Daisy’s bright and vivacious attitude is one of her most endearing characteristics.

With her around, there’s never a boring moment, which is why Luigi appears to have a thing for her.

Daisy is a great Marioverse waifu if you don’t mind competing with the green plumber.

Following that, we have an entry that Nintendo would not approve of.

After the introduction of the Super Crown in New Super Mario Bros. U Deluxe, Bowsette became a meme in 2018.

This item can transform Toadette into Peachette, a figurine that looks like Princess Peach yet has many of Toadette’s traits.

Because fans being fans, they began to speculate on how the crown will effect other characters.

A Twitter graphic was created to show what would happen if Bowser got his hands on it, and the rest is history.

Bowsette is the kind of waifu for us who like a little muscle on our women.

She’s also appealing to people who like being controlled, as well as anybody who enjoys “monster females.”

I’d place her at the top, but the whole “non-canon” thing detracts from her attractiveness.

On the opposite end of the spectrum is Pauline, whose attraction is enhanced by her reputation as Mario’s first damsel in distress.

Her character growth is another factor that makes her fascinating.

Despite being quite basic in her debut appearance as “Lady” in Donkey Kong, she has surprised fans with her own development with each subsequent appearance.

Pauline has found success as a businesswoman, a musician, and a politician thus far.

Who knows what else this sassy businesswoman has planned?

Pauline is ideal wife material from every angle – as long as you’re okay with your waifu working late and only coming on weekends since her profession comes first.

Peach, formerly Princess Toadstool, has been the regent of the Mushroom Kingdom since its inception.

Despite being referred to as a “Princess,” she is unmistakably the Queen, and her will is the Toads’ rule.

Peach may be described as sophisticated and delicious in a few words, but that’s just scraping the surface.

She’s also ferocious and resourceful when she needs to be, as evidenced in Super Princess Peach and Super Mario Odyssey — even though she prefers Mario to do the dirty work.

Mario and Bowser are continuously at odds with one another in order to gain the Princess’ favor.

Peach is a great waifu if you believe you’re a match for a dragon demon and Mr. Videogames himself.

Rosalina is number one.

Peach may be Mario’s major love interest. Rosalina, on the other hand, takes primacy when it comes to admirers.

Until Super Mario Galaxy, I’d never heard the term “waifu” used to any of the Marioverse ladies, yet half the fanbase went for Rosalina.

That’s owing in part to her past, which we learn about as we move through the game through a storybook. She found a new family in the Lumas after losing her own, becoming their mother so they wouldn’t be as lonely as she was.

She’s also a little more enigmatic (and even regal) than Peach.

Being a Princess is one thing, but Rosalina is a celestial being that lives forever. There’s no contest!

“Waifu definition” is a word that has been gaining popularity over the last few years. The term waifu refers to an animated character, typically female, who is the main love interest or wife of the player’s in-game avatar. Reference: waifu definition.

Who is the most loved character in Mario?

A: That would be Princess Peach, who is loved by many Mario fans.

Who is the most popular princess in Mario?

A: Peach is the most popular princess in Mario.

Who is the coolest Mario character?

How To Upgrade Gear In Destiny 2?

How To Make Videos Slow Motion On Iphone?