Superstars may be a sign that the series is finally moving in a good direction – check out our hands-on impressions to see what we thought.

Super Mario Party Superstars may be a sign that the series is finally moving in a good direction. Hands-on Impressions.

When it comes to video gaming systems, the Nintendo 64 is often regarded as the party machine. It was around this point when four-player multiplayer became the norm. The Mario Party games were instrumental in establishing that norm. Fast forward to 2021, and we finally get Mario Party Superstars, a game that properly honors these classic games and the franchise as a whole. I’m pleasantly pleased to remark that this is a fantastic game.

Getting to the bottom of nostalgia

Following Mario Party 8, Hudson Soft, which had created all of the previous games in the series, was purchased and absorbed by Konami. From Mario Party 9 forward, NDCube, a Nintendo subsidiary, was in charge of development. To say the series’ quality fell after that is an understatement. Almost every time this team attempts to do anything new with the series, they suck away what makes the game fun—on the one hand, placing all of the characters in a car—and on the other side, designing dull, unoriginal boards.

The finest thing NDCube has done with Mario Party Superstars is keep to what made the previous games fascinating and exciting. They updated things where it was necessary because it made sense. Peach’s Birthday Cake had a poor RNG method for getting stars, but by slightly tweaking the board, everyone now has a chance to obtain one, but this version still includes the opposite side of the board that takes you to Bowser. The improvement here makes the board seem a lot better than it did before.

While some of the places are modest, seeing them enhanced to today’s high resolution standards is a nostalgic punch. The first time I saw it, even the opening cinematic gave me shivers. It displays and discusses the warp pipe from the original game. This pipe is used to transfer oneself to the boards and is a basic landmark, but it is a nice tribute to where the Mario Party series began for anybody who has played the old Mario Party games. Even the opening screens have been redone with classic images from N64 games, and it simply plucks the proper notes for me.

What made Mario Party what it is today?

I was continually reminded of how much I liked playing the originals as a youngster when playing the game. It’s a lot of fun to go around a unique board and collect money and stars. Even the minigames seem at ease in this environment. The nicest aspect is that there are no motion controls or dependence on a single Joy-Con to stymie things. Simply take your Pro Controller and start playing some games.

While I believe the gameplay is as enjoyable as I recall, I have some concerns regarding the AI and minigames. The majority of the minigames are enjoyable, but a handful offer unique twists. Players in Mario Party 2’s Slip N Snore, for example, must sneak down a passageway in a barrel and hide when the adjacent Chain Chomp wakes up. However, for some reason, hiding in your barrel seems slower and less snappy here than it did previously. This has only happened in a few of minigames, so it’s nothing to be concerned about. When it comes to AI, there are occasions when it makes blatantly foolish judgments. These AI might need some tweaking, whether it’s Donkey Kong warping away while he’s one space away from the Star or Birdo looping on eight rounds. Nothing game-breaking, but perhaps some improvements are on the way.

A request for more

While I loved Super Mario Party, my main criticism is that it never contributed anything new to the experience. I’m hoping Mario Party Superstars isn’t like the others. Simply said, five boards are insufficient. I would do it regardless of if I had to pay for new levels to be rebuilt in this game. This game has so much wonderful stuff, and the greatest thing is that it doesn’t have to be limited to the N64 generation. Nintendo fans have never been more eager for GameCube material than they are right now. Because we won’t be getting a GameCube library of games on the Switch anytime soon, including at least some of the old Mario Party 4, 5, 6, and 7 boards makes sense. When we get to the subject of logic, though, I begin to lose trust in Nintendo.

I’m excited about Mario Party for the first time in well over a decade. When Top 100 was dumped upon your 3DS, we wanted a celebration of the series, and Superstars is just that. They took much too long, yet the game feels amazing, honors its heritage, and even has a solid online component. I don’t care whether you grew up in the 1990s or not; Mario Party Superstars should be at the top of your list if you’re searching for a fun multiplayer game to enjoy with friends or family. 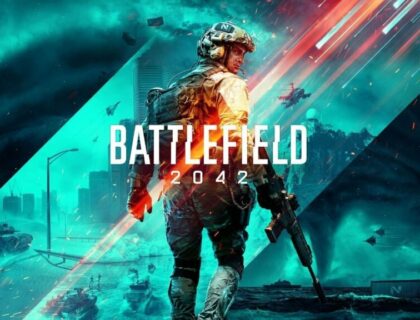 How to Find EA Id Battlefield 2042? Easy Guide | Benefits | Various Methods to Find | All You Need to Know