Aeterna Noctis is a 2D sidescroller that borrows the visual style of Hollow Knight, but not the platforming. This game features totally different gameplay from anybody else in the genre, and I’m here to tell you why it’s worth a try.

Aeterna Noctis is the stained glass baby of Castlevania and Hollow Knight — Hands-on impressions. The game was released on Steam last week, but it’s still not available for download on Nintendo Switch. 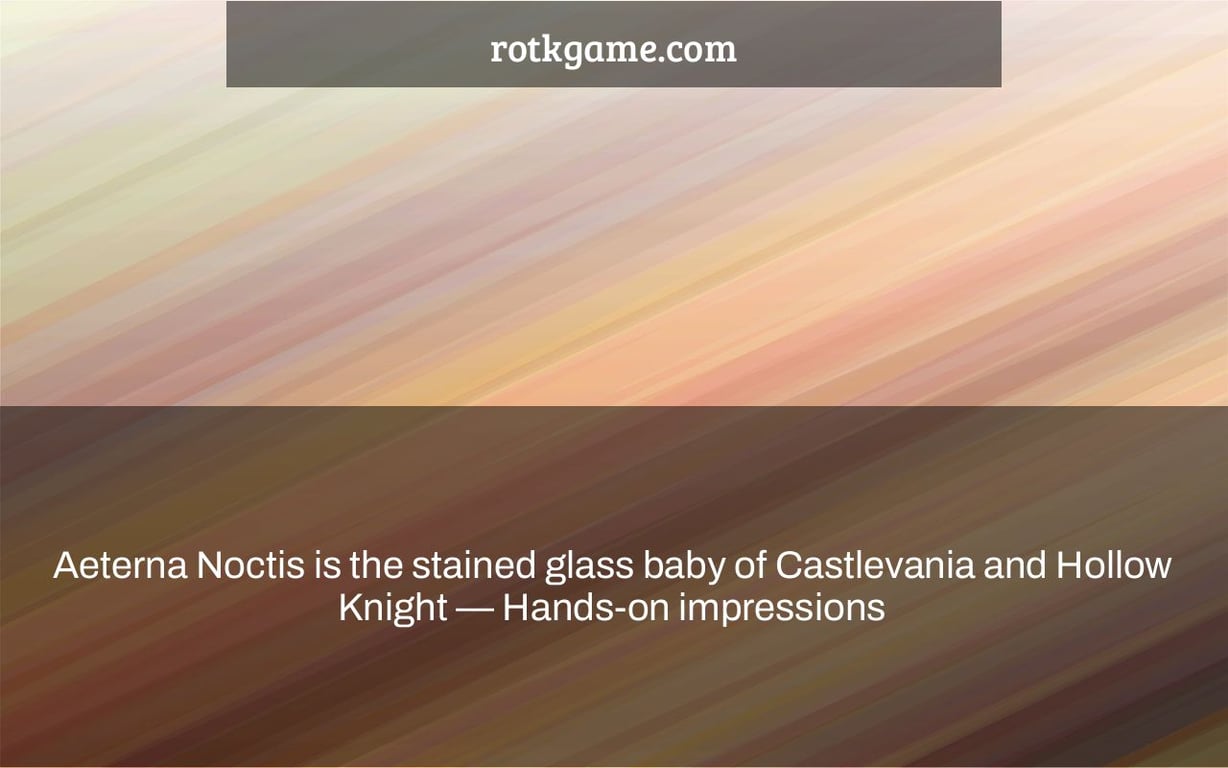 From the initial screen, Aeterna Noctis is aesthetically appealing. The menu is designed to seem like broken purple glass, which is a metaphor for the planet you’ll be visiting. As the quest progresses, the Metroidvania game continues to deliver glimpses of shattered beauty like that. While it draws inspiration from classics such as Castlevania: Symphony of the Night and Hollow Knight, Aeterna Noctis stands out with a hand-drawn graphical style that never fails to wow. 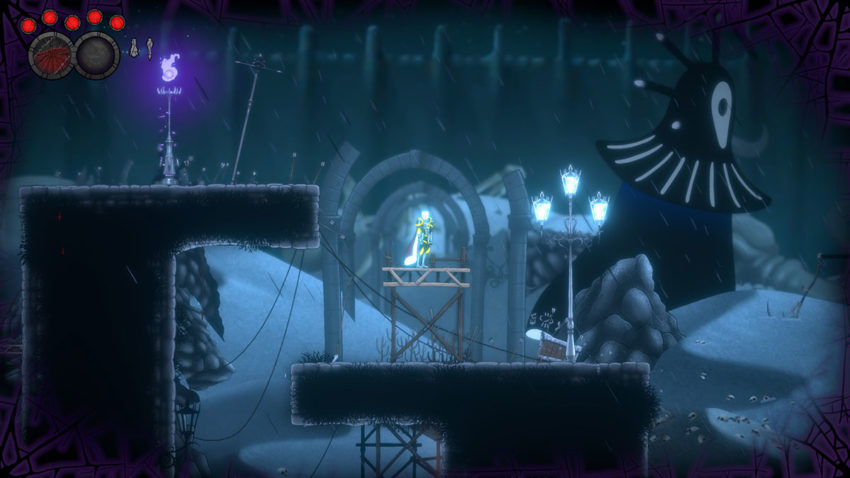 The story of Aeterna Noctis begins with an intriguing premise: the world was created by a creature known as Chaos, but mankind quickly damaged it. Chaos produced competing forces of light and darkness to counteract this. Our protagonist, the King of Darkness, is doomed to fight his opponent, the Queen of Light, in a never-ending war to dethrone one another. In Chaos’ view, this cyclical conflict brings about equilibrium, and it lays the stage for the cycle to be broken for good one day. Countless games begin with a light vs. dark story, but the perpetual, self-balancing aspect is a strong hook. Furthermore, the cutscenes in Aeterna Noctis are animated in a stained-glass manner. This gorgeous visuals can be seen throughout the game, but the cutscenes stand out in particular.

The hand-drawn graphics also gives the planet a darkly lovely appearance. As the game starts, the King of Darkness plummets from the sky onto the wasteland below, crashing into Famished Town, a shattered settlement. Massive masked giants in tent-sized robes stroll about in the backdrop. I have no idea what those creatures are, but watching them traverse the screen has piqued my interest in learning more about this universe. 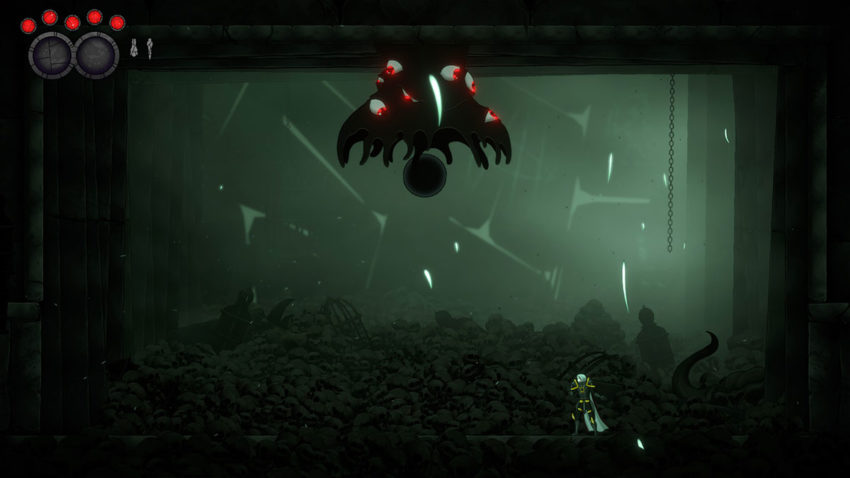 While the theme and aesthetic of Aeterna Noctis help to distinguish it, the game’s gameplay is extremely similar. Platforming and fighting are timed similarly to the aforementioned Symphony of the Night or Hollow Knight, with deliberate leaps and dashes giving place to fast-paced battles with various creatures. Enemies come in a wide variety of shapes and sizes, each posing a unique challenge as you face them. Skeletons in the cemetery will use their shields to repel assaults, challenging you to escape their punches and react when they leave themselves vulnerable.

In most confrontations, you’ll be confronted with many dangers at once, since sickly flying bugs in the subterranean sections may hatch tiny flies to bother you. Not only do these bouts feel nice, but they also look amazing. The hand-drawn imagery isn’t only for the backgrounds: the cemetery skeletons, in particular, seem like something out of Dragon’s Lair, with Don Bluth-like movement. It might be difficult to win a battle merely because you want to appreciate the designs of Aeternum Game Studios.

Platforming, on the other hand, may be a real pain. With tight barbed corridors to navigate and little platforms only wide enough to support you, it necessitates a high level of accuracy. I like a good challenge, but the King’s momentum caused me to overshoot quite a little. When you let off of the joystick, he doesn’t come to a full stop, instead floating ahead a little. It’s satisfying to complete a particularly difficult sector, but I frequently felt like I was battling the physics more than the platform layout. 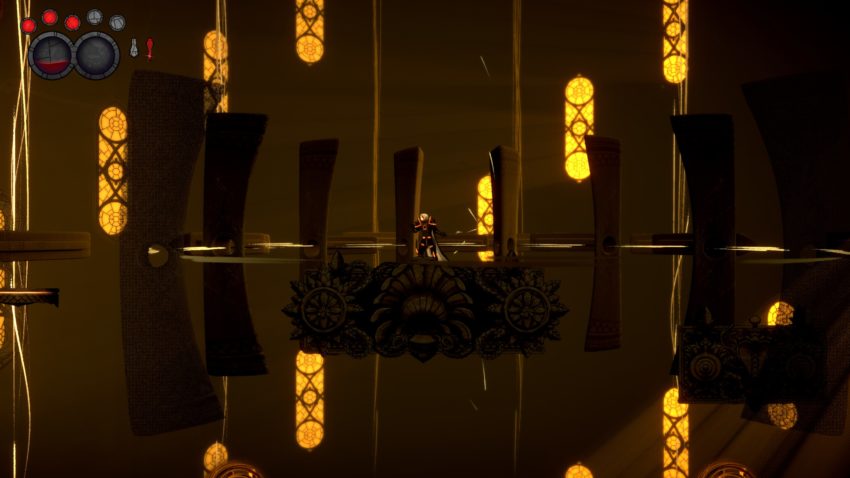 Because Aeterna Noctis is a Metroidvania game, you’ll need more than just platforming skills to go from one section to the next. Many doors are closed with keys buried in the darkest areas of the many biomes, from the dark Abandoned Mines to the Glowing Light Tower, so you’ll have to explore to get new abilities. At the vein of Hollow Knight, a cartographer may be found in numerous locations. He offers maps, trinkets, and even an atlas that exposes the hidden object in each place. Due of a lack of information, the game’s main map isn’t particularly useful, although stamping secrets into it is important for completionists.

The King of Darkness is given a plethora of abilities to aid him in his quest for all those delights. Wall climbing, sprints, and ranged weaponry for targeting distinct targets are among the Metroidvania hallmarks. Many of them are obtained via unique trials, which act as tutorials for each new ability while also including Aeterna Noctis’ world’s narrative. The fact that many of the King’s abilities are based on blood (and have similar aesthetics) adds a lot of flavor to the fact that they’re the same ones you’d find in other Metroidvania games.

Is it possible to save a kingdom? 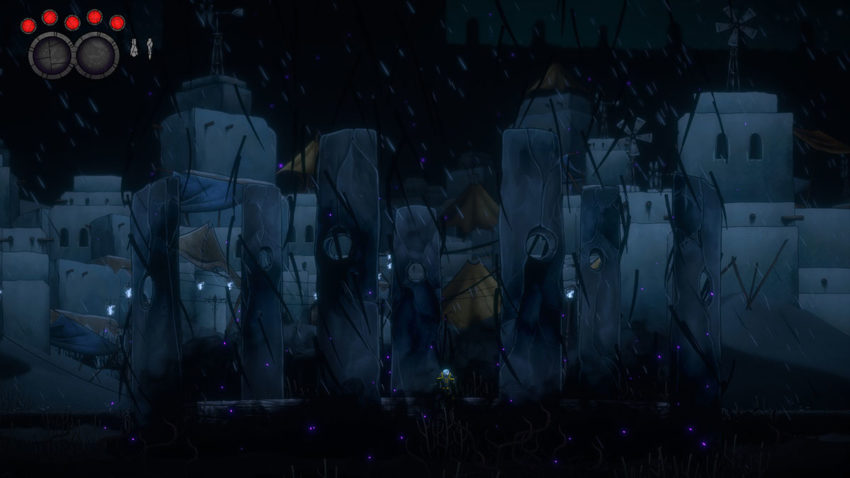 Aeterna Noctis certainly draws inspiration from popular Metroidvania titles like as Castlevania and Hollow Knight, but it doesn’t rely on them. This universe is unique not just because of its rich narrative and past, but also because of its stunning graphic style. Cutscenes and menus have a stained glass aesthetic that makes them significantly more fascinating than they would be otherwise, and the hand-drawn imagery is so beautiful that it may be distracting in battle. Aeterna Noctis is well worth a look, and I don’t mean that in a figurative sense.

How To Update Ps4 Via Usb?

How To Play Stranded Deep?